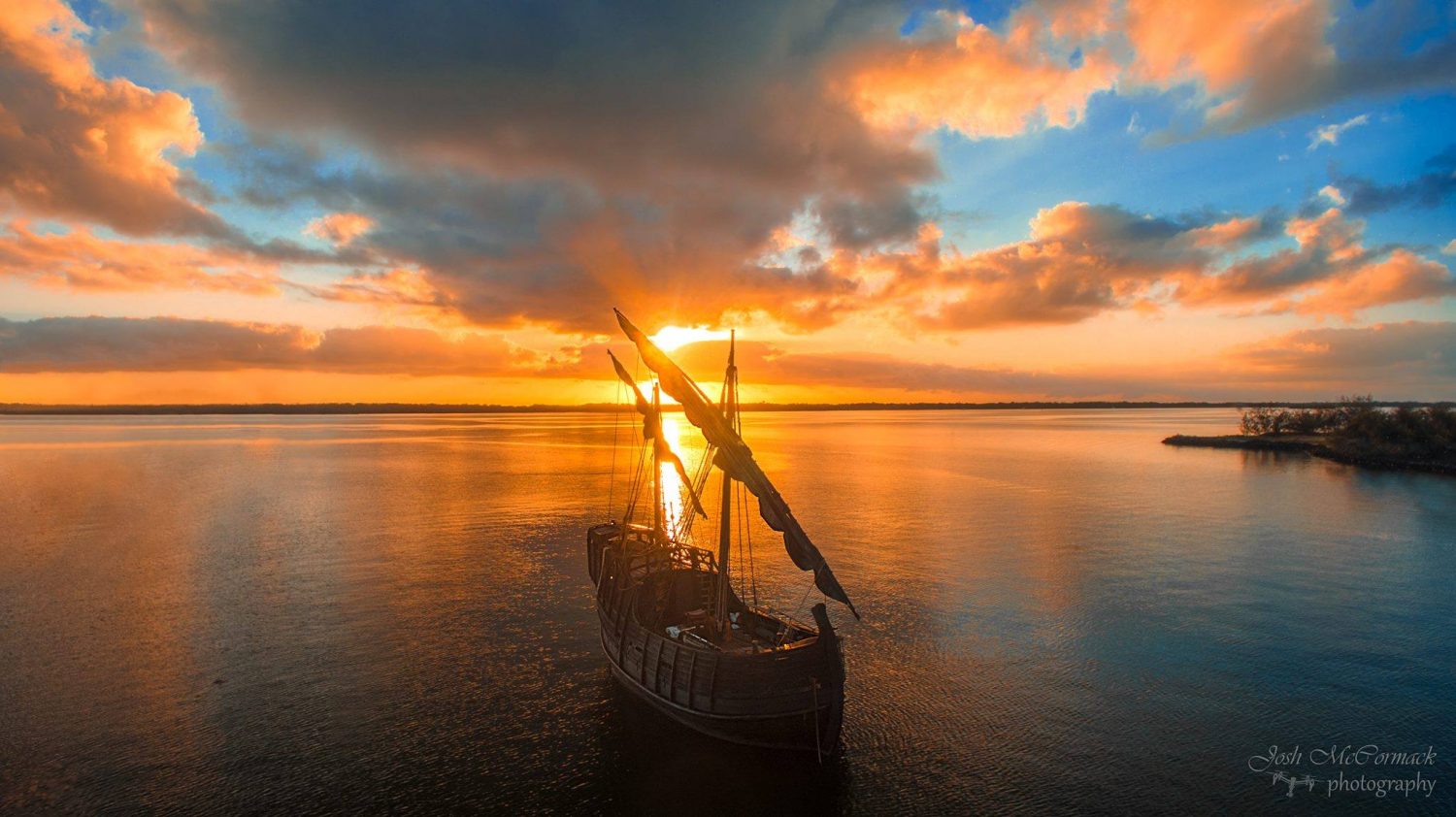 “We were so excited to see the hand built replica caravel ship, Notorious sailing into Keppel Bay Marina for the first time this weekend and the response from the public was phenomenal.  More than 4,000 people came along and of those more than 1,000 visited The Waterline Restaurant.  It was a busy weekend.

“Graeme, Felicite and Notorious are like the pied piper, everywhere they go children follow them and everyone wants to come on board,” Ms Smith said.

With Pirates of the Caribbean on in cinemas now, children were stoked to explore the ship favoured by real pirates, a 17.5 metre, 15th century wooden caravel here in the Capricorn Coast’s own backyard.

Notorious creator/builder and owners Graeme and Felicite Wylie say they love sharing their home, their livelihood and Graeme’s childhood tale with the ship’s visitors.

“As a child, I was told the tale of a Spanish caravel, on a secret voyage along the east coast of Australia in 1522. It got shipwrecked between Warrnambool and Port Fairy near my family’s home. That’s what inspired me to build Notorious,” Graeme said.

It seems that inspiration catches the eye of those who visit this unique ship.

“Coming up the gangway visitors are struck by the amount of timber. Notorious, she’s a very beautiful and a very striking wooden ship, very easy on the eye.

“Some aren’t quite sure of her beauty, but by the end of the visit they certainly were,” Felicite and Graeme said.

And like every good pirate ship there’s treasure on the couple’s home away from home.

“Coming aboard there’s the captain’s cabin and living quarters below deck and all the kids are keen to find out where the treasure is stored and it’s there to be found if the children look closely,” the Wylies’ said.

Notorious receives no grants or government funding and is fully funded by the Adults $5 and children under 2-15 years $2, under 2s free ticket prices.

Graeme and Felicite said it was great to see so many little pirates are come on board. For more information about Notorious head to their facebook page.