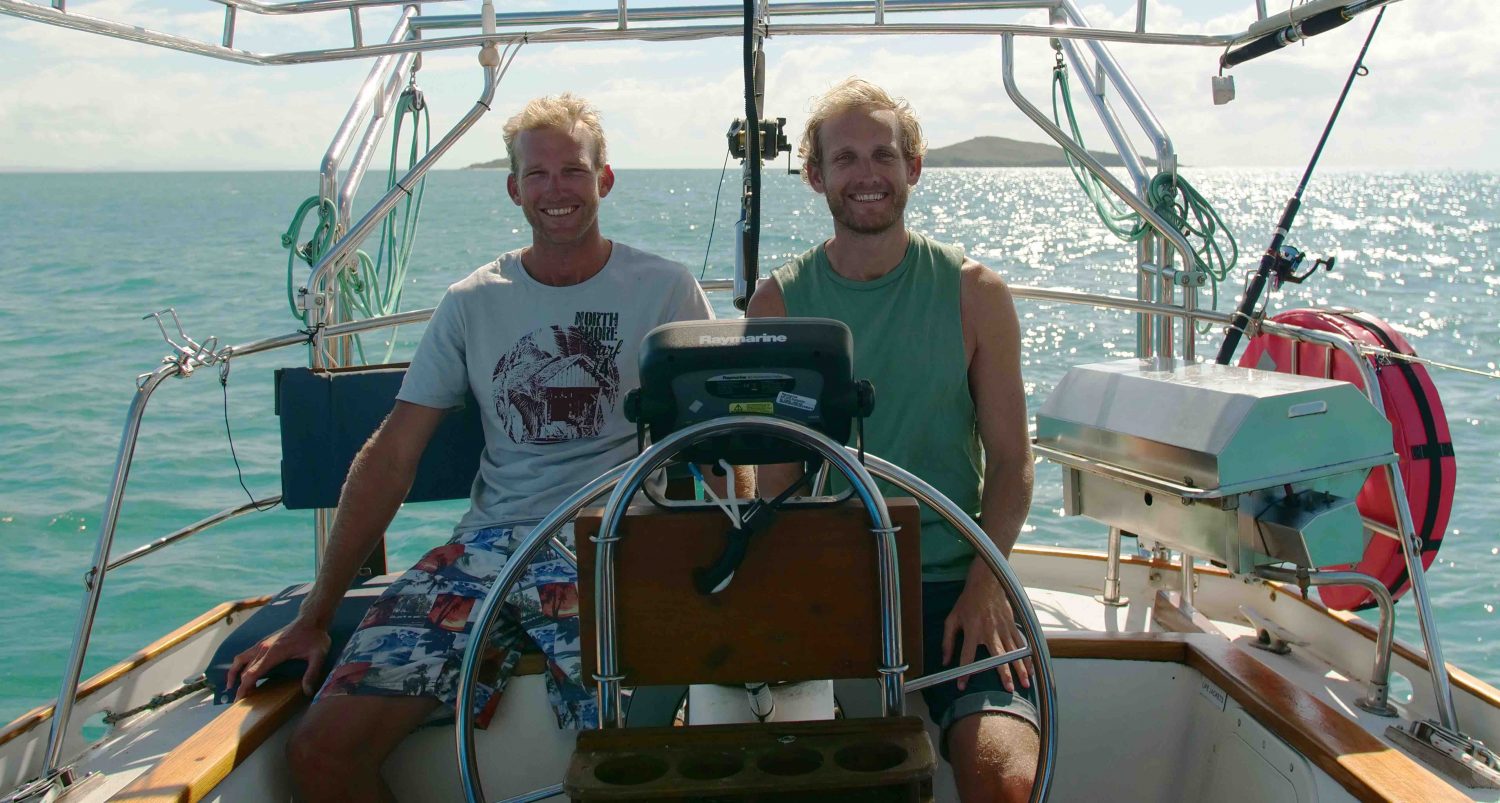 Home > News > Boys from Balamara return to the Capricorn Coast

Boys from Balamara return to the Capricorn Coast 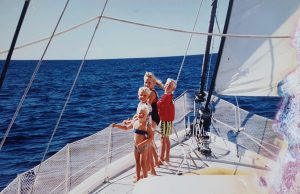 Capricorn coast with their mum, dad, four brothers and sisters on the way to Lizard Island. This week they revisited the journey on their own boat Balamara as part of a documentary Return to Lizard Island.

MTV International Director, Pete said he almost fell off his treadmill in London when brother Mick announced he’d bought a boat and quit his business.

“I couldn’t believe it, when Mick bought Balmara my filmmaker mind started whirring. This was it, the chance to retrace the journey our mother wrote about in her ship’s journal all those years ago and to capture it on film. It was a chance to film Return to Lizard Island,” Pete said.

It was a journey that took the boys up north, up the Capricorn Coast stopping at Great Keppel Island on their way to Lizard Island.

Keppel Bay Marina General Manager Kylie Smith said when they heard of the boys amazing journey then and now 25 years later, she thought their tale had to be told.

“What a journey. As a mother myself I think it’s amazing that the family; including six children, the youngest just a toddler, even contemplated a trip like that. It must have been both exciting and terrifying for their mum!

“And what a great film it will make. We’d love to be able to show it here when it’s finished,” Kylie said.

Mick says as they sail toward their final destination it was the clarity of the water and the sand that they remember the most about Great Keppel Island.

“We’d just come from the Fitzroy Reef and Lady Mulgrave Island where it’s all reef and crushed coral everywhere. As kids when we got to Great Keppel, we were just running around everywhere on this amazing white sand.

“Our childhood was amazing. Living on a boat, six kids and our dad with a dream to keep a tradition alive and our mum who kept all the kids alive on a boat we’d nicknamed The Ark.

“That’s what I wanted to capture on film in Return to Lizard Island. The story of my brother and I leaving the world behind and returning to places like Great Keppel Island and Pumpkin Island, places that built a sense of adventure in us as kids and places that shaped our lives forever,” Pete said.

costs. They are also in talks with several television networks and they hope to screen the film at the Sydney Film Festival and Hot Docs in North America.