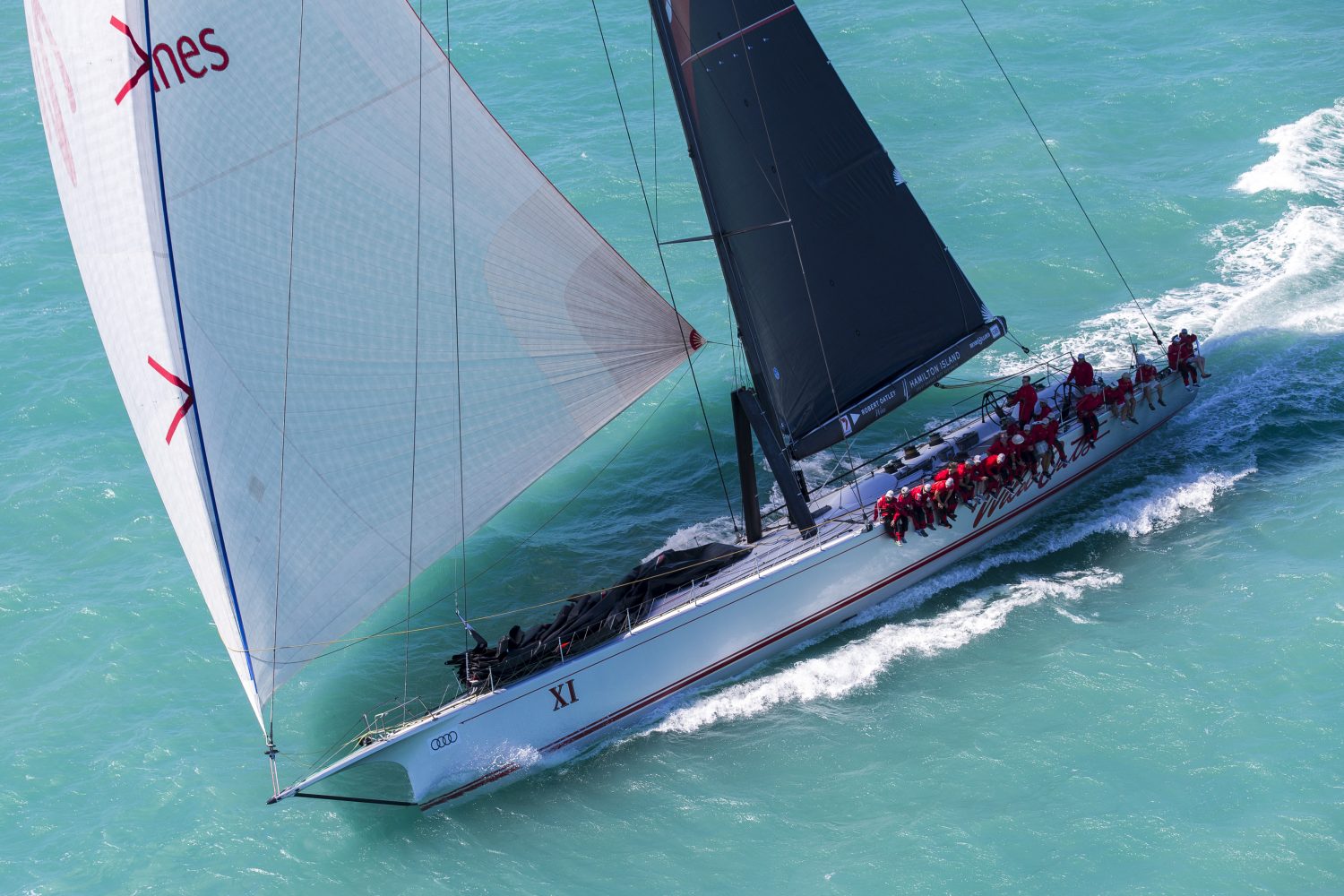 Who will take out line honours at this year’s Brisbane to Keppel?

It’s two days before the Brisbane to Keppel yacht (B2K) race and the Keppel Bay Marina is buzzing.  Supermaxi’s Black Jack and 100ft Wild Oats XI are preparing to sail into town and the stakes are high. 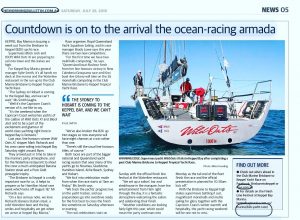 For Keppel Bay Marina General Manager Kylie Smith, it’s all hands on deck at the Marina and the Waterline Restaurant in the run up to the Club Marine Brisbane to Keppel Tropical Yacht Race.

“The Sydney to Hobart is coming to the Keppel Bay, and we can’t wait” Kylie Smith laughs. “Well it’s the Capricorn Coast’s version of it we like to say.”

“Black Jack failed to start last year due to issues with the boat, so this is the first year that the new Black Jack and Wild Oats XI will be head to head from Brisbane to Keppel and Black Jack is aiming to take back the Line Honours trophy that Wild Oats XI has been holding for a couple of years.

“It’s the weekend when the Capricorn Coast welcome yachts of Wild Oats XI and Black Jack’s calibre and to be a part of the excitement and glamor of world-class yachting right here in Keppel Bay is fantastic,” Kylie Smith says.

Last year Line Honour’s winner, Wild Oats XI, Skipper Mark Richards and his crew came sailing into Keppel Bay Saturday night around 8.00pm.  Their arrival was just in time to take in the Marina’s party atmosphere, and for the Waterline Restaurant to shout the crew a much-anticipated Banana Station Steak and a Pure Gold pineapple trophy.

“The Brisbane to Keppel is a really important race for us, it helps to prepare us for Hamilton Island Race Week which kicks off 18 August,” Mark Richards says, “on a less serious note we love Richard’s Banana Station steak, a cold Heineken beer and the big smiles and hospitality we get when we arrive at Keppel Bay Marina.”

“For the first time we have two multihulls competing. Queensland boat Rushour fresh from her line honours victory in New Caledonia Groupama race and Kiwi boat Ave Gitana will take on the 23 monohull’s competing in the Club Marine Brisbane to Keppel Tropical Yacht Race.

“We’ve also broken the B2K up into stages so now everyone will have eight chances at a win rather than one.  There’s still the usual line honours titles of course. It’s going to be an exciting race into the 12th annual Club Marine Brisbane to Keppel Tropical Yacht Race,” Brady Lowe said.

Both races are part of the bigger national and Queensland yacht racing season that sees many of the yachts go to Noumea, Gladstone, Hamilton Island, Airlie Beach, Sydney and Hobart.

“We kick into celebration mode from when the race starts at 11am on Friday,” says Keppel Bay Marina General Manager, Kylie Smith, “We track the yachts progress live on the yacht tracker, and our preparation goes into overdrive ready for the first boat to cross the finish line sometime on Saturday afternoon or evening or it could even be Sunday morning.

“The real celebrations start on Sunday with the official finish line festival at The Waterline Restaurant. We set up a Sailors Bar and Steakhouse in the marquee, have live entertainment from 11am right through the day, it is a fantastic atmosphere welcoming the sailors and celebrating their finish,” Smith says.

“Weather conditions are looking fairly light this year, which could mean the party continues into Monday as the tail end of the fleet finish the race and the Official Presentation planned for 10.30am kick off,” Kylie Smith says.

With the Brisbane to Keppel high stakes supermaxis battling it out, magnificent monohulls and multi’s sailing for glory together with the Capricorn coast’s winter warmth and hospitality, the yacht racing weekend will be one not to miss.

Check out who’s ahead in the Club Marine Brisbane to Keppel Yacht Race on Facebook:  @Brisbanetokeppel or www.rqys.com.au/events/brisbanetokeppel2018/