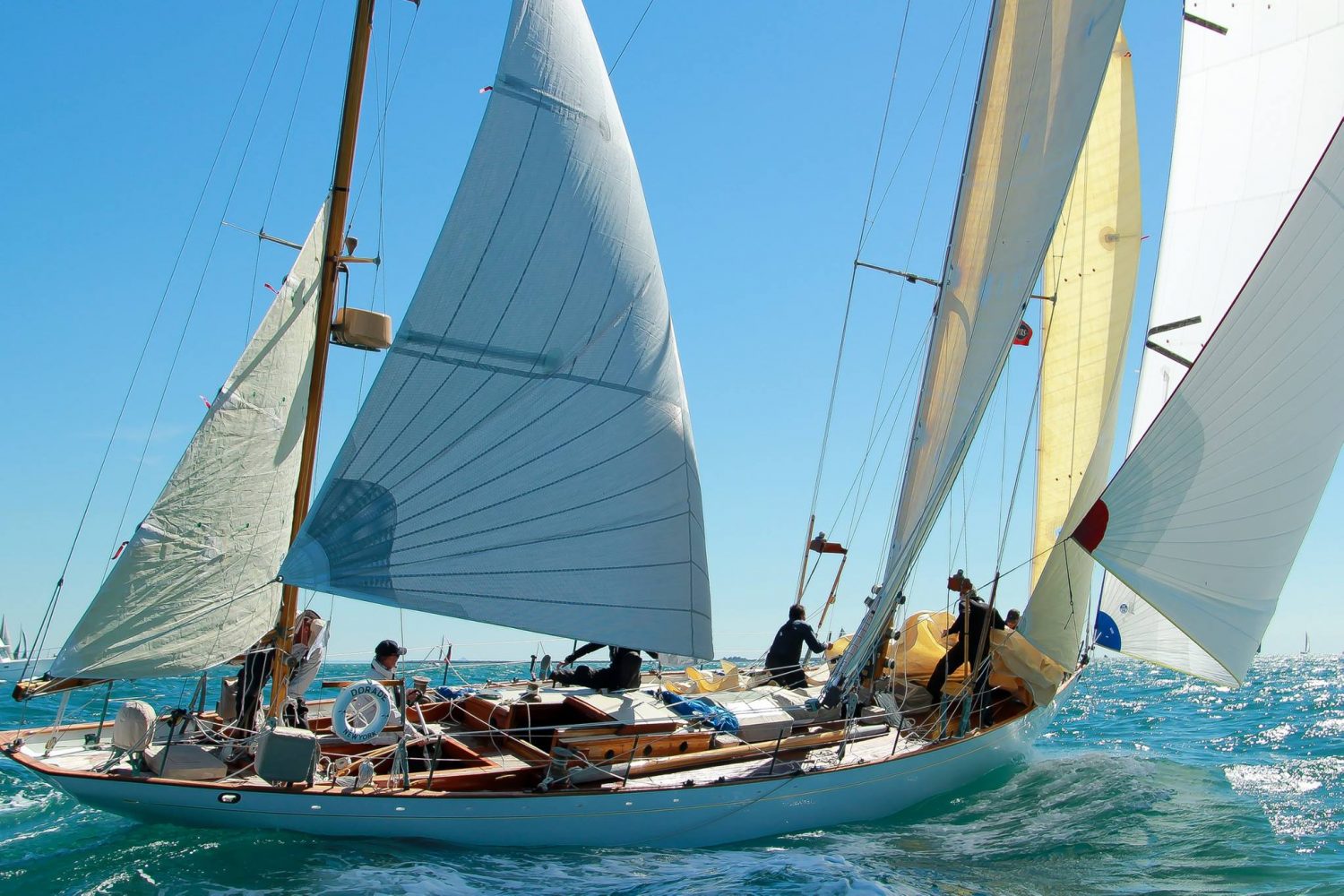 The 2017 Club Marine Brisbane to Keppel Tropical Yacht Race had a picture-perfect beginning yesterday morning, with a moderate westerly filling the sails of all competitors as they charged off the start line.
Wild Oats XI has no main sails up with only minutes to go before the start, much to the concern and intrigue of spectators and other competitors. Even on the start, Wild Oats XI – having locked their main within 30 seconds before starting – was sailing well toward the back of the fleet.
But as the competitors began their full-paced charge, Wild Oats XI within seconds kicked into gear and rocketed through the fleet to comfortably position itself miles in front of the pack; closely followed by Alive and Celestial.
As forecasted the breeze dropped out after the first hour, and has mostly stayed away since.
Race Director Brady Lowe thinks this will prove to be a real challenge for the entire fleet, from the smaller boats to even the Maxis.
“Many of the competitors were practically moored at Spitfire Channel through the night, awaiting the change of tide and for a bit of breeze. I expect it was a very long night for some,” Mr Lowe said.
Even SuperMaxi and favourite for Line Honours Wild Oats XI is struggling to maintain pace in such light winds and challenging tide conditions.
“This morning Wild Oats XI spent a bit of time parked up off Breaksea Spit moving backward in the tide.
“We expect that it will be a close race to the finish at the front of the fleet with Celestial and Alive fighting a close race which will likely have an impact on the overall race honours, which Celestial currently looks to be in control of.
“But the little boats may yet carry their own breeze from the south and turn the tables on the fast boats” Mr Lowe said.
The first boat still isn’t expected at the finish until after dark this evening, a significant difference to the record breaking 16-hour finish that Wild Oats XI managed to secure last year.
Be sure to follow the battle for line honours, and the progress of the entire fleet, on the dedicated race tracker app; and get regular updates on competitors and the race on the Brisbane to Keppel Facebook Page and RQYS Facebook page.
# # #
If you would like more information about this topic, please contact RQYS Publications, Natasha Hoppner at 3396 8666 or email awith race tracker or by downloading the YB Tracking Race Viewer to your phone