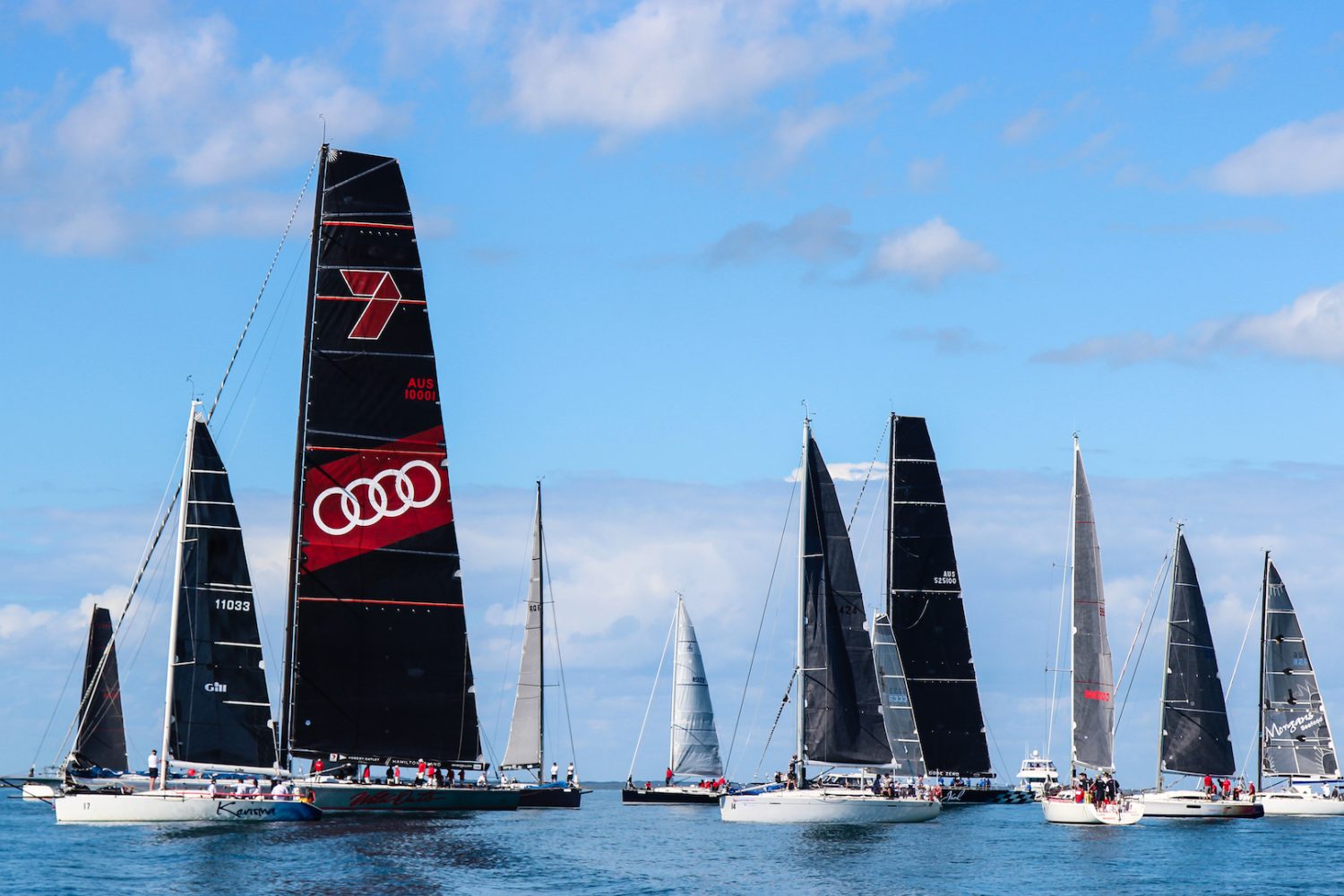 Supermaxi’s Black Jack and Wild Oats, as expected, are leading the pack but at 9.5-knots, it’s cruising speed only for these 100ft yachts and the rest of the pack.

No wind meant no chance of the Club Marine Brisbane to Keppel Tropical (B2K) yachts jumping Friday’s 11.00am start line.  At 1.00pm the fleet finally started sailing away from the start line, beginning a leisurely journey up the coast.  At 7.00pm the smiles started as the breeze became a 12-knot wind.

The majority of the Brisbane to Keppel fleet went past the halfway point and sailing past Indian Head on Fraser Island mid-morning yesterday travelling around 8.5 knots, in light north westerlies, with Black Jack and Wild Oats XI about one mile apart on their way to Keppel Bay Marina.

Squadron Sailor Mark Hipgrave had plenty of time to reflect on the progress of the fleet.

“It’s a tight race between Kerisma, Celeste and Crankster, Mark mused, but this doesn’t prove much other than the fleet must be experiencing weather reasonably close to what was predicted.

“They are followed closely by Alive, Envy Scooters and Gweilo who are travelling faster than expected and Crankster, Mayfair somewhat slower than expected,” Mark said.

“It looks like the northerly has come early to the boats further south, so that might make their job harder to catch the faster end of the division,” he said.

“They must have been more than a little frustrated.  It was a real crawl off the Moreton Bay start line.  They would have time to eat dinner and still get back up on deck as the winds started to pick up.

But we’ve heard from Royal Queensland Yacht Squadron Race Manager Brady Lowe is that they’re all in really good spirits and we can’t wait to welcome the into the Finish Line Festival tomorrow at the Keppel Bay Marina.  We’ll have Banana Station Beef waiting, with a Pure Gold Pineapple trophy and lots of cold Heineken.”

Nevertheless, it indicates that if all this continues, most entrants can expect a pineapple from Commodore Mark before sunset tomorrow!

For details on the Finish Line Festival at Keppel Bay Marina