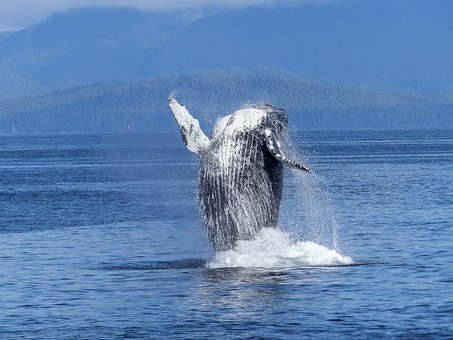 Humpback Whales’ northern migration has already begun. From now until now until November you could be lucky enough to spot a Humpback Whale along the Queensland coast and if you keep a really keen eye out between July until October you might just see the whales cross the shallow protected waters of Keppel Bay.  Humpback whales have already been spotted off Farnborough beach.

They are often seen passing through waters around Pumpkin Island, and the lookout points are great spots for Whale Watching.

Humpback Whales are active during September, take a baby moon and breaching regularly, playing with their young in the waters around Pumpkin Island.

These giant creatures are very powerful and majestic and it’s important that great care is taken so we can make sure they’re protected from injury and happy enough to return to see us year after year. We’ve compiled some facts we’ve found about safe boating around the whales.

To help you help the whales stay safe, we’ve compiled some facts we’ve found about safe boating around the whales.

Boating with whales rules and guidelines: